From the menacing brass and timpani beats of the Imperial March to the resoundingly triumphant Star Wars theme that has you cheering along, the music of Star Wars resonates strongly with fans.

And if you think there could be nothing better than watching the films as a live orchestra plays the soundtrack in a concert hall, you are on the right track, so to speak.

There have been at least 200 such performances in cities Tokyo, New York and London. This time around, the latest Star Wars film concert will take place in Singapore.

Watters has an impressive pedigree as both composer and conductor and has served as music director at two Olympics. Watters also co-conducted the 2002 Academy Awards with Williams.

CNET spoke to Watters to find out more about how it’s done. Below is a slightly edited transcript of the conversation. Be sure to check back for our review.

Q: How is conducting this film concert different from a normal concert
Watters: The difference is that the orchestra is accompanying the film so the performance has to match John William’s original recording exactly.

Is it tricky trying to balance the volume of the music to the sound from the film?
Watters: Sometimes it is. John is very sensitive to composing music that is supposed to be “under” dialogue, but there are times we have to adjust. Fortunately, there is a top-notch audio engineer who has control over the dialogue and the sound effects. 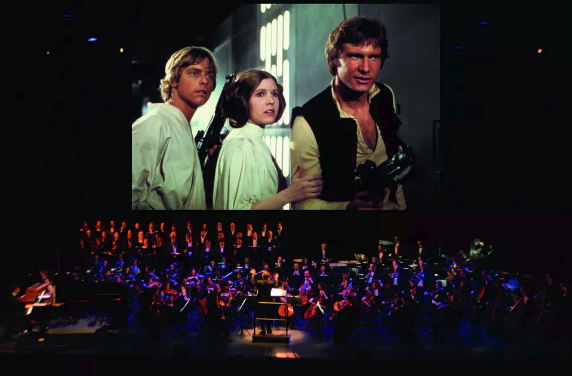