We now know that as far back as August 2011 there were rumblings of more “Star Wars” movies in the pipeline, and when Disney announced they would acquire Lucasfilm in October 2012, they made it official. Now, in an interview with USA Today, the maestro himself George Lucas revealed that he originally thought of developing “Episode VII” himself  and release it in May 2015 before selling off the company.

“It’s better for me to get out at the beginning of a new thing and I can just remove myself….The time is more important to me than the money,” he added.

Lucas went on to note that his only regret about “Star Wars” is that he never got to experience it like the fans did, though he’ll get his wish with Star Wars: The Force Awakens.

“The only thing I really regret about Star Wars is the fact I never got to see it — I never got to be blown out of my seat when the ship came over the screen. The next one, I’ll be able to enjoy it like anybody else.”

Click here or below for the full story at ComingSoon.net 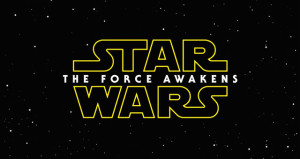