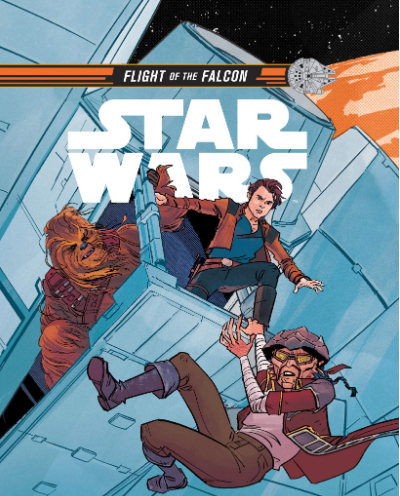 Pirate’s Price is the next installment in the Flight of the Falcon young adult series, featuring a collection of entertaining off-shoot adventures had aboard the famous Millenium Falcon. Surprisingly, Hondo Ohnaka (the Weequay pirate from The Clone Wars animated TV series) occupies the protagonist role alongside Han, Chewie, and even Maz Kanata.

As has become popular with Star Wars novels in the last couple years, the novel is a collection of past stories tied together by a narrative in the present. The novel begins as none other than Bazine Netal (the black leather capped vixen from The Force Awakens) approaches Hondo Ohnaka about purchasing the Millenium Falcon. Readers are left scratching their heads trying to figure out exactly when the narrative is taking place, why Hondo is in possession of the Falcon, and how long Weequays live. You may recall that the first book in the Flight of the Falcon series began in much the same way. But as the saying goes, if the shoe fits…

Before Honda will do any business with Bazine, he recounts to her three successive stories of his previous run-ins with the Millenium Falcon. Hondo narrates each story, so while their actual validity may be suspect, at least they are quite entertaining. The first story is set sometime after Solo and before A New Hope. Hondo finds himself a stowaway aboard the Falcon, and convinces Han, Chewie, and his new friend Mahjo Reelo to enlist his help in saving the galaxy from a dangerous airborne poison falling into the wrong hands. The next story is set in between Return of the Jedi and The Force Awakens as Hondo reluctantly joins forces with Maz Kanata to rescue Han and Chewie from a gang operating on Takodana right under Maz’s nose. The final, very short story is set sometime after The Last Jedi. Chewie (having come to respect Hondo in a special Wookie sort of way through their previous encounters) asks Hondo to acquire some hard-to-find parts for the Falcon, and lends it to him while he replaces the parts. Hondo almost loses the Falcon to a rival band of pirates, but thanks to the resident porgs who’ve made the Falcon their home, Hondo is able to fight the rival pirates off.

To be honest, when I first started the novel, I was let down by the too frequent use of the “story within a story” format. After getting over that fact, I let myself enjoy the levity of the Hondo-narrated tall tales. Lou Anders’ best strength in the novel is his treatment of Hondo. As a reader, I couldn’t tell whether to respect or despise him. Despite Hondo’s nefarious pirate tendencies, he seems to accomplish rather heroic deeds, albeit in not-so-respectable ways.

Ultimately, the stories in this novel really have little to add to the canon in any meaningful way. But since I just can’t get enough Star Wars, they are enjoyable nonetheless. While I recommend this novel for anyone looking for a short enjoyable read, there are dozens of other books I’d recommend above this one.

Click Here to pick this up via digital, audio or physical form.  We would like to thank Del Rey/Penguin Random House for providing the review sample. 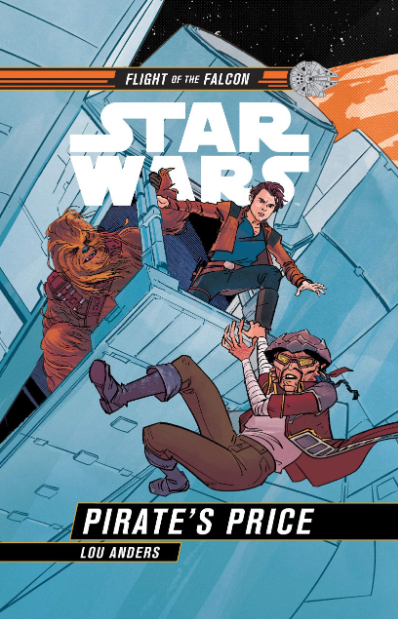