Today, on Triple Force Friday, Po-Zu are  thrilled to announce the eagerly awaited REY Natural Linen Boots are now available for immediate delivery. Po-Zu has launched natural linen boots based on Rey’s costume in the upcoming Star Wars: The Rise of Skywalker. 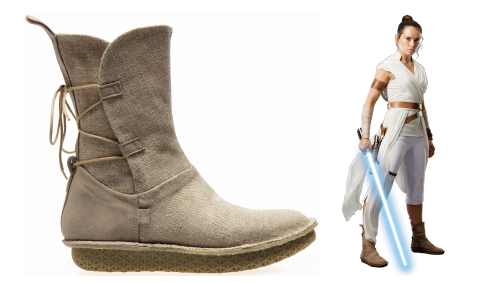 Walk in the steps of a Jedi with two new Black REY boots, based on the original REY Brown cut, as featured in Star Wars: The Force Awakens and Star Wars: The Last Jedi. Like all the REY boots from Po-Zu, fans needn’t compromise on comfort or style. The shock absorbing coconut fibre foot mattress and flexible natural rubber sole, which make the REY boot a leader in comfort, continues in these designs. Click below to check them out!

Lastly, Joining the full Star Wars footwear line-up, the new FINN IX boots is authentically based on the character’s costume in The Rise of Skywalker Click below to check them out!