It’s a well known fact that “Star Wars” nerds can be incredibly detail oriented when they put their minds to it, especially when it comes to the costume design. (ever seen the 501st Legion’s cosplay reference library? It’s MASSIVE.)

So you can bet that when the “Star Wars Rebels” season 2 trailer premiered at Star Wars Celebration this year, EVERYBODY noticed that fan favorite character Sabine Wren went from her trademark indigo and orange hair style…to a brighter teal one instead, and what looks like blue armor decals instead of the orange and pink she was previously sporting: 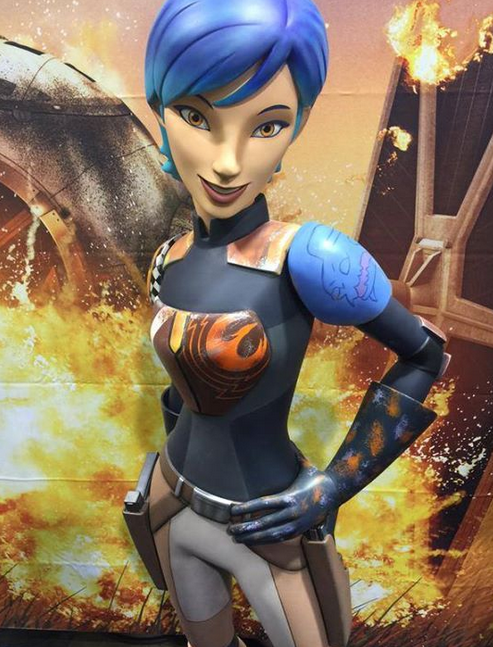