Star Wars has finally revealed the truth about the Unknown Regions — their origins, their ancient history, and some of their key inhabitants. The Unknown Regions are a vast, unexplored portion of the galaxy introduced in the old Expanded Universe. When Disney rebooted the canon, the creative team retained the galactic map, meaning the Unknown Regions remained part of the relaunched Star Wars franchise.

According to Chuck Wendig’s Aftermath: Empire’s End, the Unknown Regions are an “unexplored infinity… closed off by a labyrinth of solar storms, rogue magnetospheres, black holes, gravity wells, and things far stranger.” Palpatine became obsessed with the Unknown Regions, and exerted phenomenal effort in an attempt to chart them. As a result, when the Empire was defeated, Palpatine’s most loyal Imperials fled out into the Unknown Regions, where they regrouped and became the First Order. The Unknown Regions became particularly important in Star Wars: The Rise of Skywalker, which introduced the Sith redoubt Exegol, an almost inaccessible world lost for millennia. 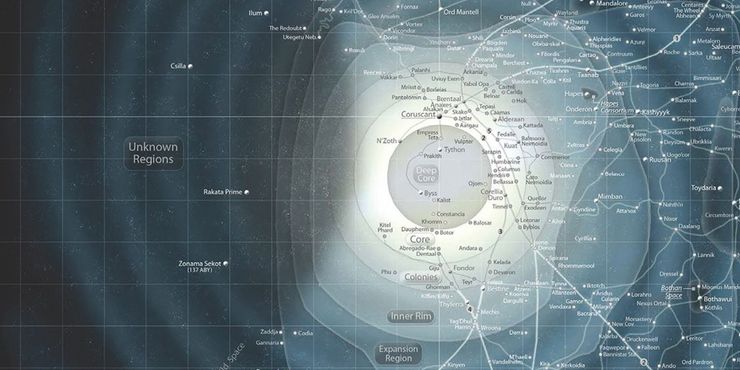