With the Marvel Legends Series Nano Gauntlet, fans of the era-defining Marvel Cinematic Universe can own a premium electronic roleplay item worthy of superheroes like Iron Man, Captain America, Hulk, and Captain Marvel. Only David Kessler survives the bizarre wolf attack that kills his friend Jack… but then an undead Jack returns to warn David that he will soon transform into a murderous beast. Never before made as an action figure, Kessler’s wolf form is more than 11 inches at its full length and has over 30 points of articulation. Empowered by the Eternal Flame, the demon Surtur rises from the ashes to unleash his fury upon Asgard and the Marvel Legends Series. Every hive has its queen, and now Hiya Toys presents its version of the iconic Stan Winston design for the Alien Queen! The 1/35 scale Archecore – Saga of Ymirus world of military figures, vehicles, and accessories is here with five new figures! This Best of Muppets Series is back with a two-pack featuring Statler with Waldorf. From the anime film series Rebuild of Evangelion comes a  ROBO-DOU Evangelion Proto Type-00 figure! 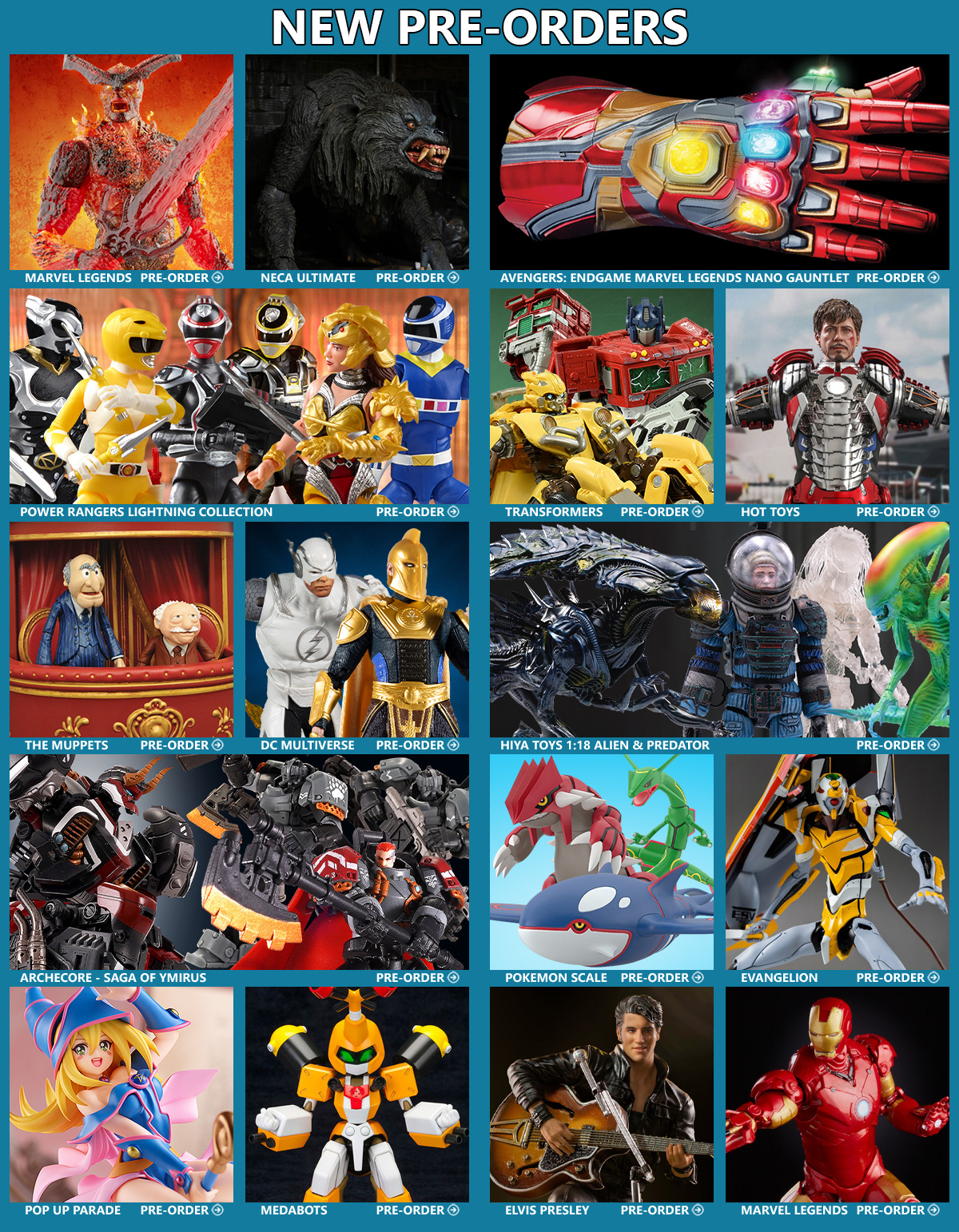 This Lady Jaye figure comes ready for action, with multiple points of articulation for high poseability and 8 character-inspired accessories. And with custom artwork by Scott Fischer, the G.I. Joe Classified Series Lady Jaye package will make a mark on shelves. The latest of McFarlane’s Warhammer 40k figures have arrived with the Blood Angels Hellblaster and Adepta Sororitas Battle Sister. From the upcoming Marvel film, Black Widow, Red Guardian & Melina are part of the Marvel Legends Series with a two-pack! The Rhino Alien returns to NECA’s 7-inch scale figure line, inspired by the classic Kenner Expanded Universe of the early 1990s! From the Turtles in Time video game, NECA presents the Baxter Stockman figure. The Enforcement Droid 209, or ED-209, from the original RoboCop movie joins the Hiya Toys RoboCop lineup in 1/18 scale! The freak product of intense scientific experimentation, the living computer M.O.D.O.K. now sits atop a vast empire of criminal co-conspirators bent on domination of the world and the Marvel Legends Series 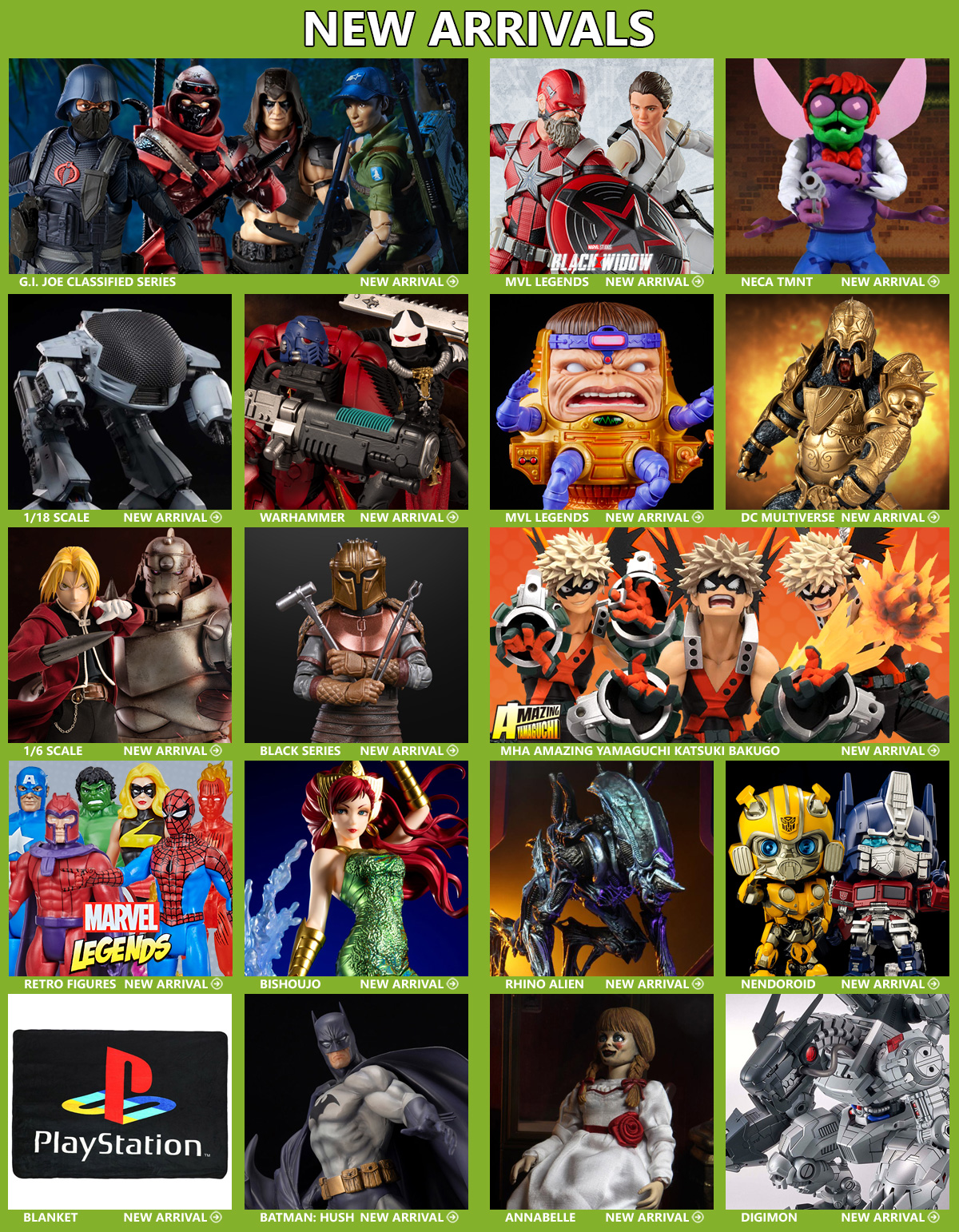