The One:12 Collective Wolverine – Deluxe Steel Boxed Set is brimming with accessories, including a defeated light-up Sentinel that Wolverine can stand atop. Leader Goliath joins the Ultimate line with an appropriately large 8″ action figure, with a wingspan of 16 inches! The figure features full articulation, including on wings and tail, and comes with plenty of accessories: wings, jalapeno pepper, book, and interchangeable heads and hands. Bringing more horror to the Ultimate line, NECA presents the first figure from An American Werewolf in London, the Nightmare Demon! This Furai model kit is a modern and shape optimized Windblade version. This Black Zarak figure is inspired by the original 1988 toy release, based on the Super-God Masterforce cartoon. From the PlayStation action RPG Bloodborne comes a figma-DX of the Hunter! From Marvel Studios’ latest work “The Falcon and the Winter Soldier” come the eponymous heroes as S.H.Figuarts figures! 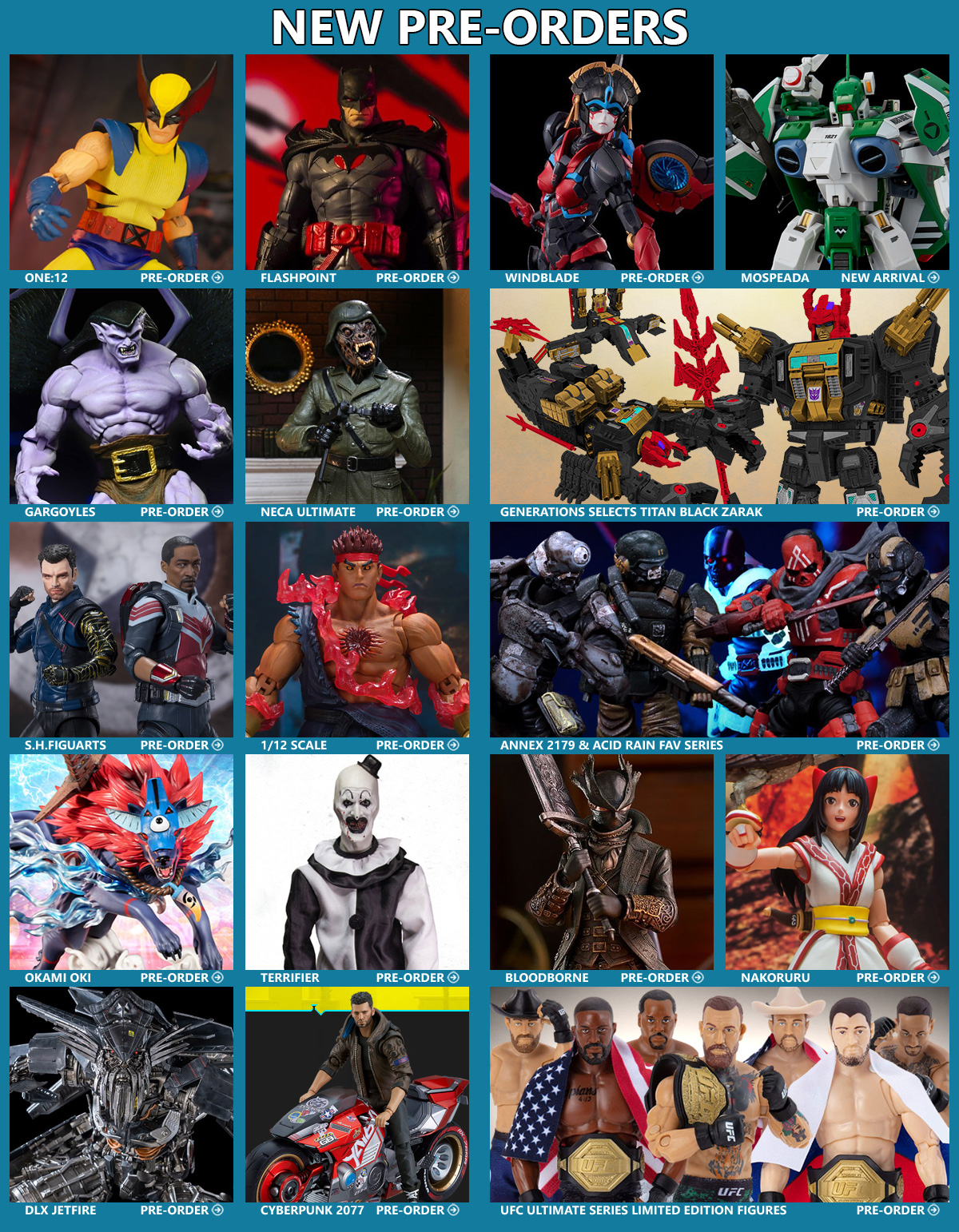 The Marvel Comics villain Thanos seizes control of the hallowed Infinity Gauntlet and wields near-omnipotent power. Who can stop this vicious new overlord? The Masters of the Universe: Origins Prince Adam and Sky Sled is a new take on a classic. Longtime fans will love this modular sky sled that honors the traditions of the franchise and incorporates updated design details. The latest to arrive in Star Wars: The Black Series are Moff Gideon, Greef Karga and Kuiil from The Mandalorian TV series. Power Rangers Lightning Collection wave 8 arrives with four more rangers from four different series. Join the formidable bounty hunter on his journey throughout the galaxy as he protects The Child from the Empire! From completing bounties for Greef Karga to the long awaited duel with Moff Gideon himself—the path of the beloved protagonist is chronicled within these gorgeous playing cards. 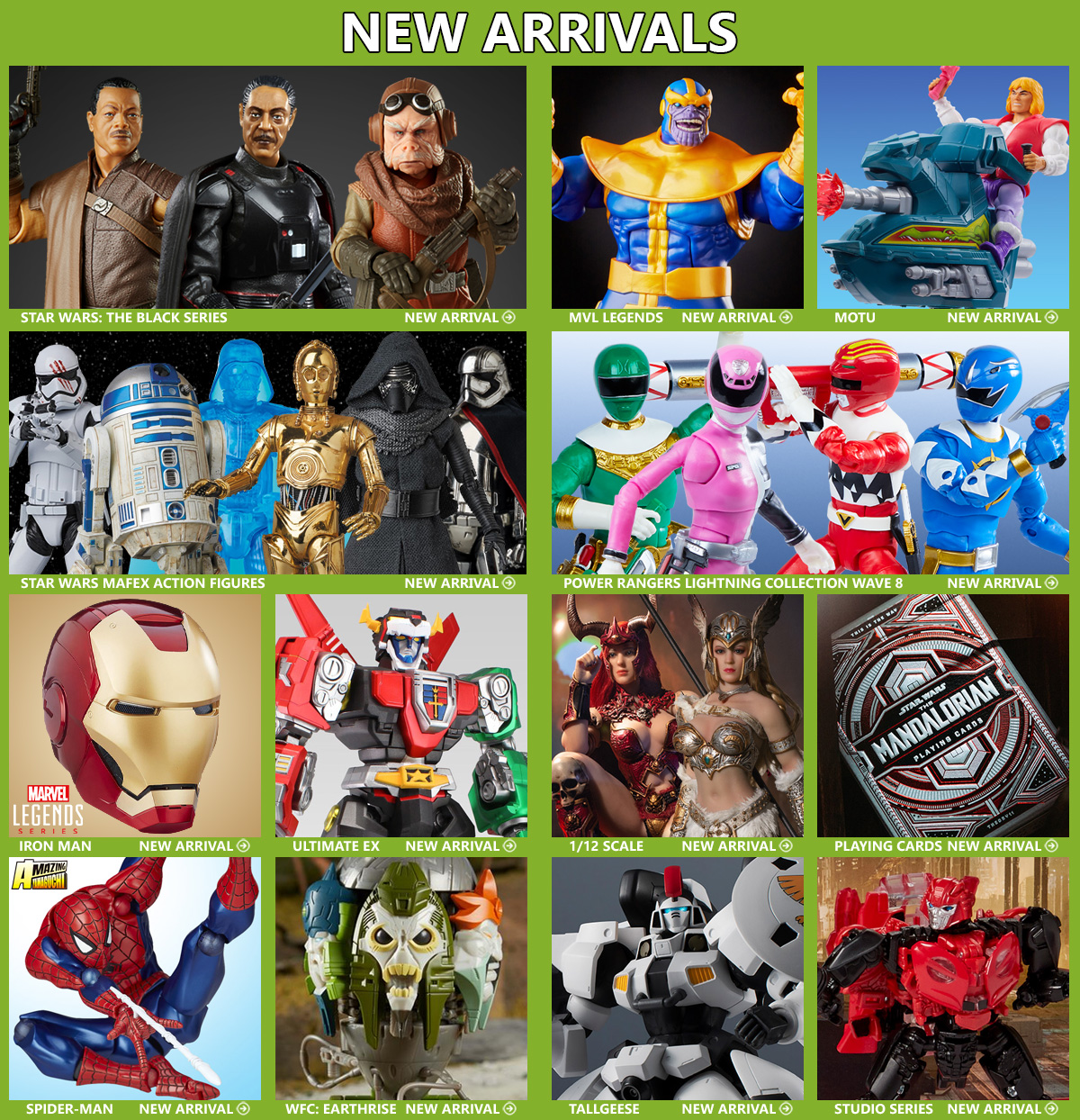