Via Sideshow, click here or image below for more info and to order today.

In the epic conclusion of the classic Star Wars saga, the young Skywalker along with his friends and the Rebellion fleet must take down the second Death Star in order to stop the evil Empire from wiping out the last hope to restore freedom to the galaxy…

Sideshow and Hot Toys are excited to present the new Luke Skywalker (Deluxe Version) Sixth Scale Collectible Figure from Star Wars: Return of the Jedi featuring his iconic attire as seen on Tatooine, Endor, and the second Death Star.

Masterfully crafted based on the appearance of Luke Skywalker in the final chapter of the original trilogy, this collectible figure features a newly developed head sculpt with remarkable likeness to Mark Hamill, finely tailored costumes, the helmet and camouflage cloak Luke wore on Endor, a LED light-up lightsaber, an interchangeable lightsaber blade emulating the weapon in motion, a blaster, and a themed figure stand. This Deluxe Version will exclusively include an additional head sculpt with an interchangeable all-new hair sculpture, an interchangeable battle-damaged right hand, a dark grey tunic with belt, and the Tatooine sandstorm goggles and cloak as seen in the deleted scenes. 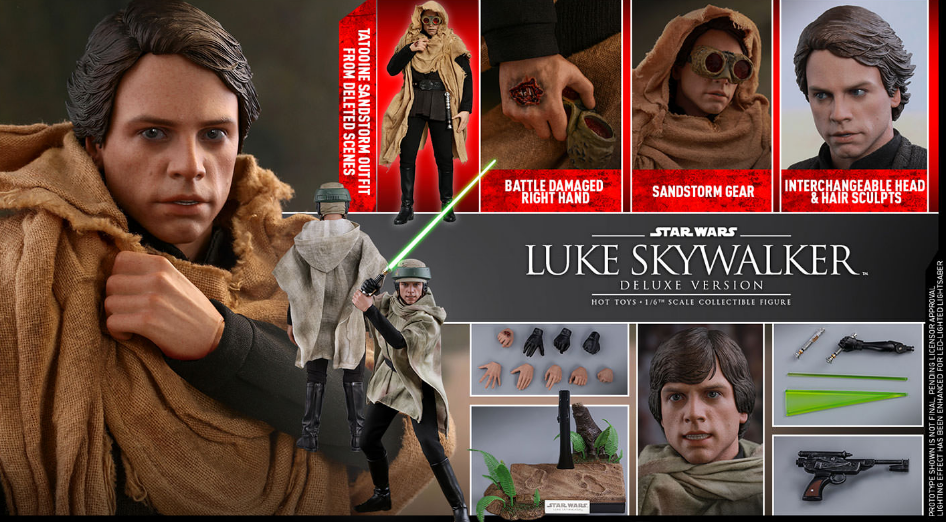 “I only know one truth. It’s time for the Jedi… to end.” – Luke Skywalker

After tragedy destroyed his attempt to rebuild the Jedi Knights, Luke Skywalker vanished from the galaxy. Now, Rey has finally found him on the remote planet of Ahch-To as the Resistance needs his help to thwart the efforts of the evil First Order and stop Supreme Leader Snoke.

With the release of Star Wars: The Last Jedi, Sideshow, and Hot Toys are thrilled to introduce a Deluxe Version of the new sixth scale collectible figure of the legendary Jedi Master – Luke Skywalker from the film. The highly-accurate collectible figure is skillfully crafted based on Luke Skywalker’s appearance in Star Wars: The Last Jedi. It features a newly developed head sculpt with stunning likeness, meticulously tailored outfit with poncho, a lightsaber, a variety of accessories, and a specially designed character-themed figure stand! Moreover, this Deluxe Version will exclusively include a finely detailed backpack, a lightning rod, and a Porg!

This new Luke Skywalker collectible figure will definitely be an incredible addition to your collection!

Click below for all the images and to pre-order today! 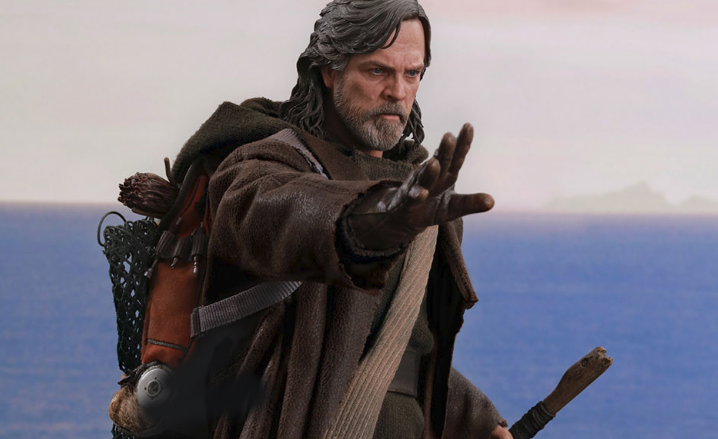