The Ultimate Assassin action figure stands nearly a foot tall and has two interchangeable heads, two pairs of hands, and a detachable wrist blade and wrist cannon. Based on the characters from the beloved 80s cartoon, Defenders of the Earth, which brought Flash Gordon, Mandrake the Magician, and The Phantom together to battle against evil supervillain Ming the Merciless! Two new BBTS shared exclusives are up from the Vitruvian H.A.C.K.S. series. Goku Black in Super Saiyan Rose form returns to the S.H.Figuarts line in a special colorway, featuring a shiny pink metallic finish on his hair. Melina and Red Guardian are together in the Marvel Legends Series with a new two-pack. NECA is thrilled to present the Ultimate Audition Marty McFly from Back To The Future featuring the officially licensed likeness of Michael J. Fox. Wrecker, now part of The Black Series, has brute strength that makes him capable of lifting a clone gunship without any help. His muscle and size are matched only by his temper… and an equally pronounced sense of humor. The fearsome Thunder Wolf Wyvern Zinogre joins S.H.MonsterArts! Exquisite sculpting captures its sharp talons (which come in two variations) and distinctive four-legged gait. 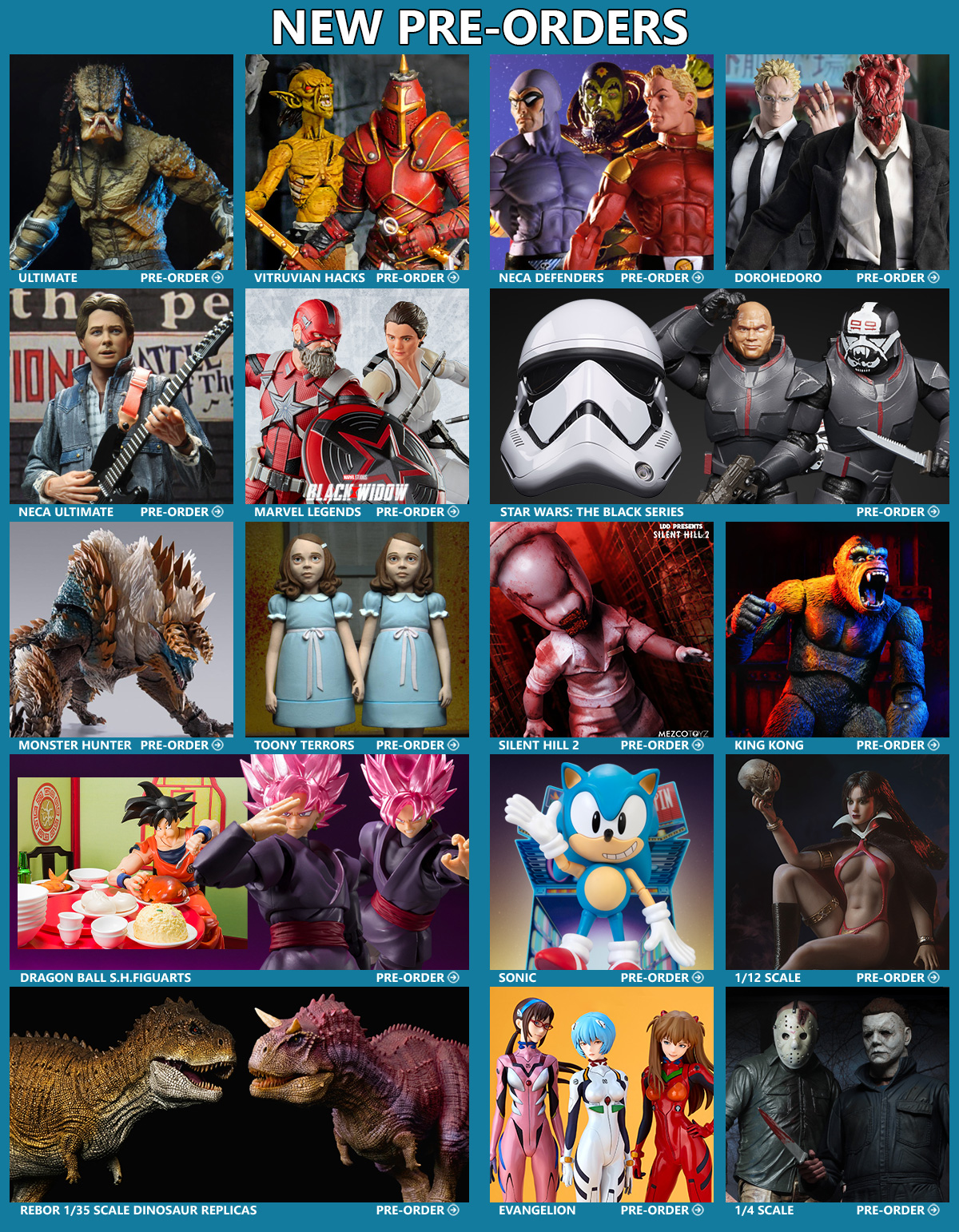 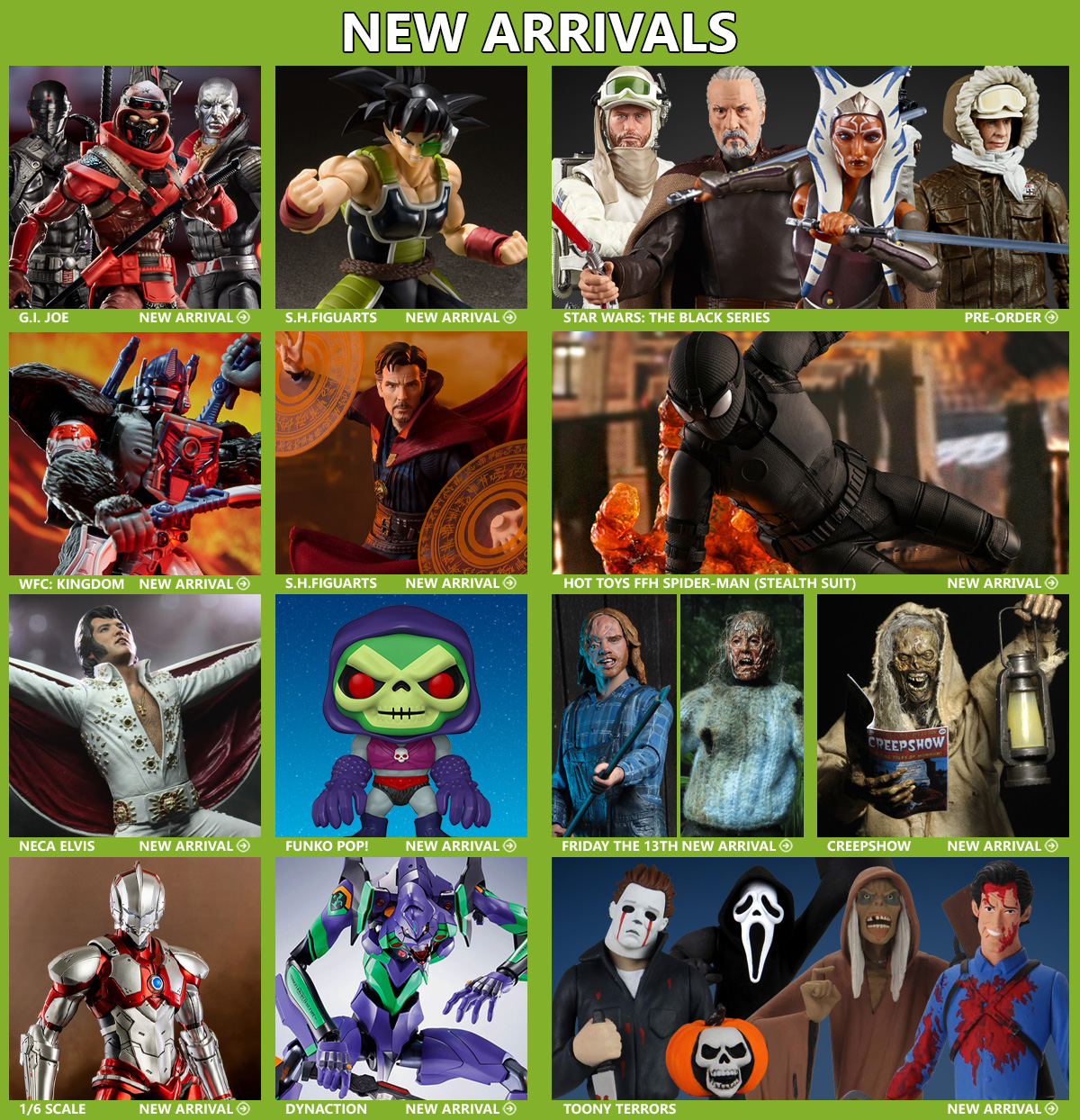 Ahsoka Tano and Count Dooku are in stock now! The G.I. Joe Classified Series Red Ninja figure comes ready for action, with multiple points of articulation for high poseability and character-inspired accessories, including a katana. Along with the Red Ninja figure, Destro and Snake Eyes are in stock and ready for action. The S.H.Figuarts Dragon Ball Z Bardock action figure is here! Sculpted to faithfully capture his appearance in the classic TV special, the set includes multiple expression parts and effect parts, and he can be displayed with or without his scouter. Based on the likeness of Spider-Man actor Tom Holland in the movie, this Hot Toys figure features a newly developed masked head sculpt that exposes part of face with three pairs of interchangeable Spider-Man eye pieces to create numerous Spider-Man’s expressions, a newly tailored black stealth suit with intricate details, and not to mention a variety of spider-web shooting effect parts for dynamic poses. Optimus Primal and three Core figures have arrived in the War for Cybertron: Kingdom series. The adorably creepy Toony Terrors line continues with series 5, bringing even more stylized horror icons into the mix!