Revoltech presents the Iron Spider, a figure inspired by the suit coveted and worn by several Marvel characters, first appearing in The Amazing Spider-Man and donned by Peter Parker! This Ramjet figure is inspired by his 1993 G2 toy release, featuring his special G2 black, purple and blue deco. The Scarlet Edge was a brutal and peerless Warrior from an ancient feudal society. He was master of combat in all forms, until his savage death in a war against an Army of the Undead. Enraged at his defeat, he returns to Earth to gain his revenge as Mandarin Spawn. This Mortal Kombat figure is based on Kung Lao’s appearance in Mortal Kombat 2 and will include two swap out portraits, multiple interchangeable hands, a removable hat, a hat with a slash effect, a blood effect piece, and the Rabbit from his Friendship. From Aoshima comes a new collaboration combining Godzilla and Evangelion as they have never been seen before. One of the first in this new line of pre-painted, snap-together model kits is Mechagodzilla (Type-3 Kiryu EVA Unit-01 Color Ver.). From the hit series Pacific Rim: The Black comes a Robot Spirits figure of the main Mark-3 Jaeger, Atlas Destroyer! From the movie Dragon Ball Z: Cooler’s Revenge, the final form of Frieza’s brother, Cooler is brought to the S.H.Figuarts series. 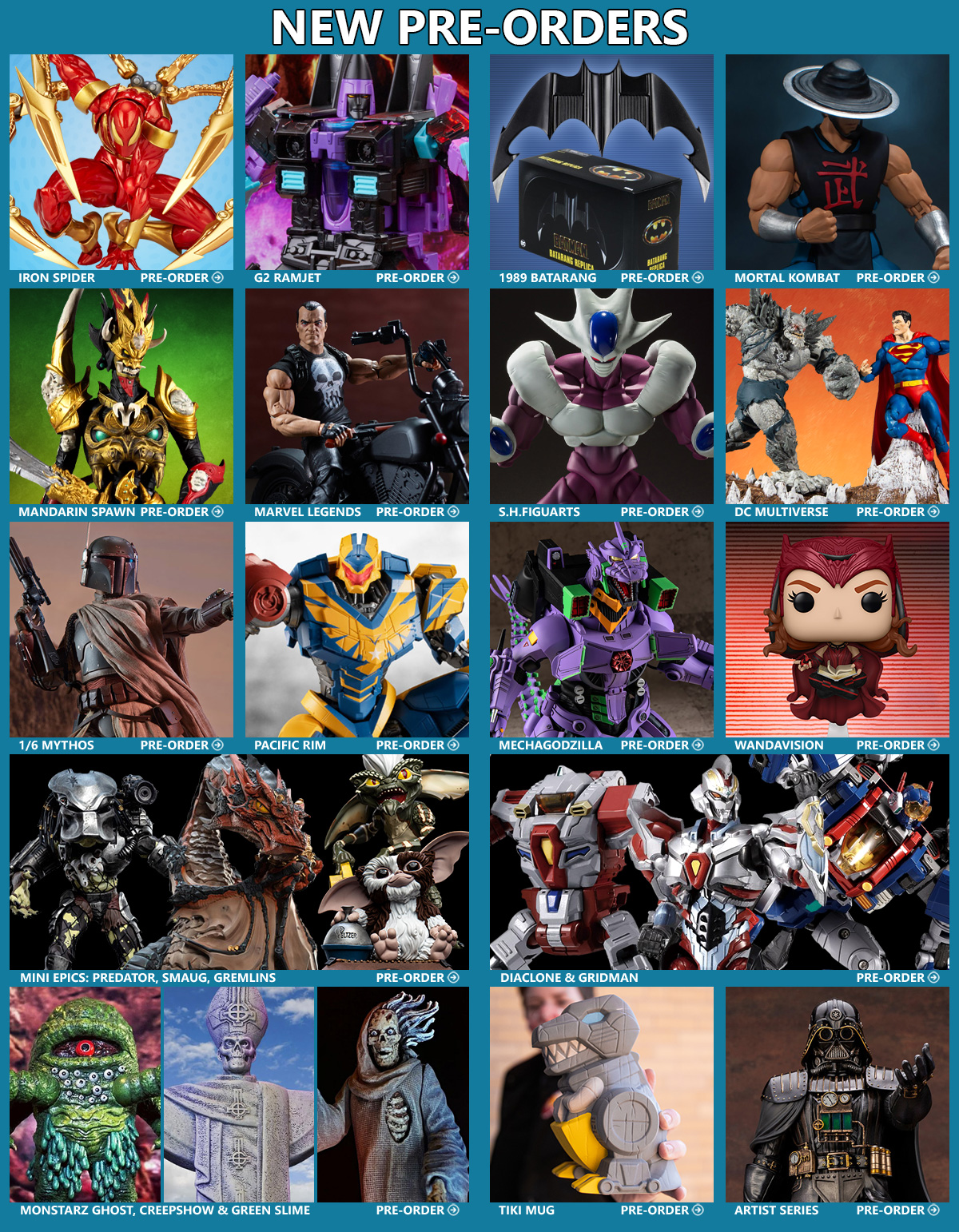 Masters of the Universe: Origins Wave 1 has arrived along with He-Man and Skeletor! The iconic Pteranodon and Tiger Raptor join the 6-inch scale Amber Collection of figures featuring dinosaurs and characters seen in the Jurassic Park movies! Give your figures some firepower with these Firepower action figure accessories! These special edition WFC-GS17 Shattered Glass Ratchet and Optimus Prime figures are inspired by the Shattered Glass comics created in partnership with IDW which depict an alternate universe where the heroic Decepticons battle the evil Autobots. Kidrobot is excited to announce Itchy and Scratchy to their Kidrobot x Simpsons collection. Mythic Legions, by the award winning Four Horsemen Studios, is an expansive fantasy world of action figures that continues to grow with Dorina Onoris being inducted into the All-Star Series. The T-1000 is the third Ultimate from the 1991 Terminator 2 film, and the perfect companion piece to other Ultimate series figures. 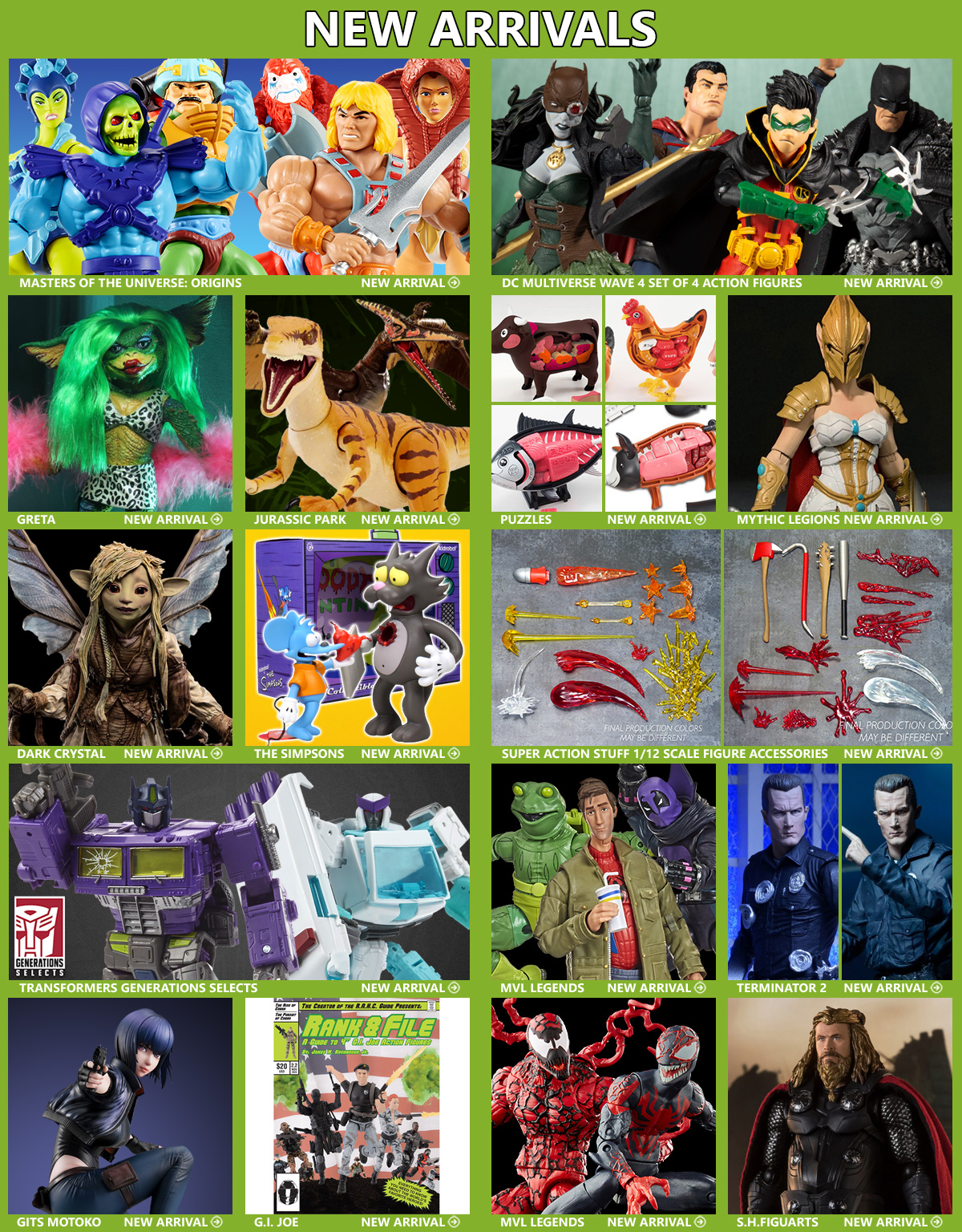