Hopefully you have seen it 10 times already, but in case you missed ti, the Episode IX Teaser Dropped today!

(Click right arrow to see the note and other items)

A post shared by Hannah Treharne (@hannahtreharnemodelmaker) on Jan 4, 2019 at 6:51am PST

Star Wars: Episode IX is expected to wrap filming in February 2019. As difficult as this is to believe, the end of the franchise’s sequel trilogy (and Skywalker saga in general) is upon us. Director J.J. Abrams recently commenced production, assembling a talented cast consisting of series veterans and newcomers. In typical Lucasfilm fashion, plot details are largely being kept under wraps, but the studio has thankfully been transparent about some elements, like the plan for Carrie Fisher’s General Leia.

Anyone who’s watched a behind-the-scenes documentary for a Star Wars film knows they are massive undertakings and aren’t easy to make. Of course, there’s a lot of work to be done in post-production with all of the visual effects required to bring the galaxy far, far away to life, but the actual principal photography is no walk in the park either. Abrams and his team are in for the long haul and will be busy for quite a while. 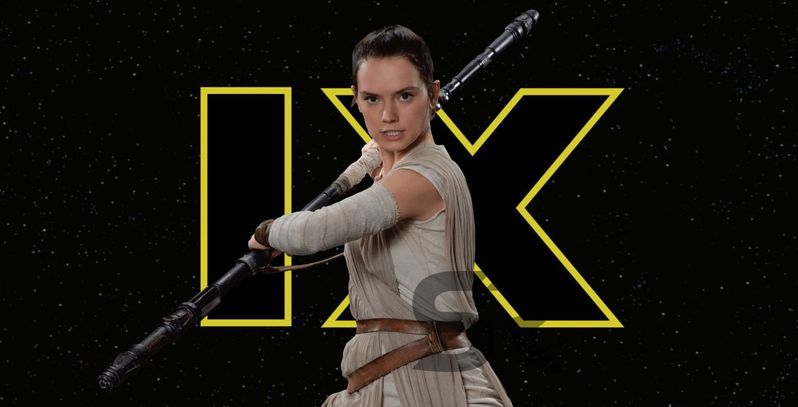 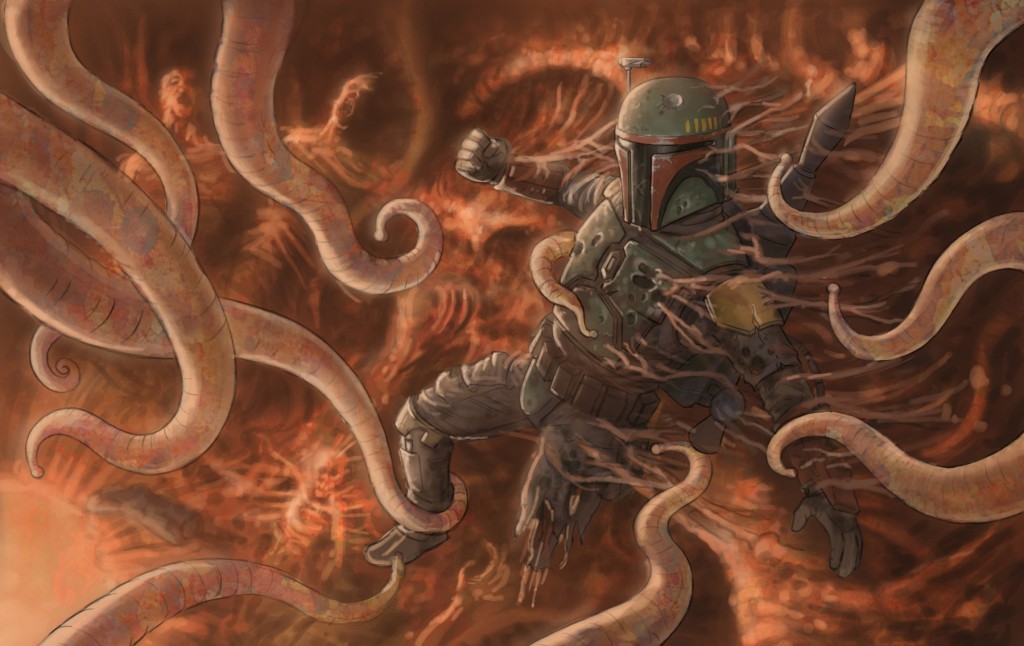 Boba Fett has arguably been one of the most favorite characters of ‘Star Wars’ fans since he first appeared in the lackluster ‘Star Wars Holiday Special.’ Hardcore fans know that Fett’s journey didn’t end with him falling in the Sarlacc pit in ‘Return of the Jedi.’ He would go on to become an integral part of the ‘Star Wars’ expanded universe. While he has appeared in a plethora of material in the expanded universe, there was always a small hint of doubt that he actually lived on. ‘Star Wars’ used to be broken into different levels of canon, and Fett’s adventures after ‘Return of the Jedi’ were never set in stone. Then, earlier this year, the expanded universe rebooted and was labeled “Legends.” This set the hundreds of novels, comic books, and other materiel in an “alternate universe” of sorts; and sealed the fate of many beloved characters.

Flash forward to today. J.W. Rinzler, a ‘Star Wars’ historian and writer known for his many books that chronicle the history of the franchise, conducted an “Ask Me Anything” session on social media site, Reddit. Rinzler was asked point-blank whether Boba Fett survived his apparent demise in ‘Return of the Jedi.’ His reply brings hope to the ‘Star Wars’ universe. “Yes, he does,” Rinzler stated, “I have been in meetings with George where he confirms that Fett survived. If it comes from George then it’s true!”

END_OF_DOCUMENT_TOKEN_TO_BE_REPLACED

According to this LATimes.com article, Rian Johnson will write and direct  Episode VIII and pen a treatment for Episode IX, a spokesperson representing Rian Johnson confirmed to The Times.

As production continues on ‘Star Wars: Episode VII,’ ‘Deadline Hollywood’ broke a story today that claims Rian Johnson is in talks to both write and direct ‘Episode VII’ and Episode IX.’ Rian Johnson, best known for his work on ‘Looper,’ is one of many recent directors announced to be involved in the sci-fi franchise. Johnson will be taking over the core film franchise, a surprise for many fans who were led to believe current ‘Episode VII’ director, J.J. Abrams. While he will be tasked with writing the story treatment for the next installation of ‘Star Wars,’ his main role will be directing the rest of the Sequel Trilogy after Abrams steps aside. It should be noted that ‘Bad Robot’ (Abram’s production company) is still slated to be producing the Sequel Trilogy, which raises many questions as to who will assume what responsibilities. It is clear by this announcement and the recent news of Gareth Edwards and Josh Trank directing ‘Star Wars’ spinoff films, that Lucasfilm and Disney are committed to providing the franchise with diverse talent.

Check out the full story from ‘Deadline Hollywood’

Update: According to  hollywoodreporter.com  Johnson will direct only Episode VIII, but he is writing a treatment for Episode IX.