Who says you need to be a Wookiee or a sarcastic space smuggler to fly the Millennium Falcon? This week, Disney Cruise Line announced tweaks to a ship, including an epic “Star Wars” area.

The retooled area on the cruise ship called Disney Dream will place young guests of Disney’s Oceaneer Club aboard the Millennium Falcon in a play zone inspired by the interiors of Han Solo’s famous ship from “Star Wars.”

Kids (and hopefully us adults as well) can sit in the cockpit, assist with navigation, and pilot the Falcon through hyperspace to jump to light speed in a galaxy far, far away.

The popular Jedi Training Academy experience will also be coming to the Disney Dream. Games, activities and crafts are also featured along with screenings of the hit Disney XD animated series, “Star Wars Rebels.”

This is good news for fans of both “Star Wars” and the Disney Cruise Line. Previously, in February, the cruise line announced limited “Star Wars Day at Sea” packages for Disney Fantasy cruise ship on eight Western Caribbean sailings from January to April 2016.

In addition to the new “Star Wars features,” the Disney Dream will be adding a “Wreck-It Ralph” area called Vanellope’s Sweets and Treats. The candy shop — which is designed to look like the candy land of the Sugar Rush race-car game in the movie — will sell handmade gelato, ice cream and other sweets. 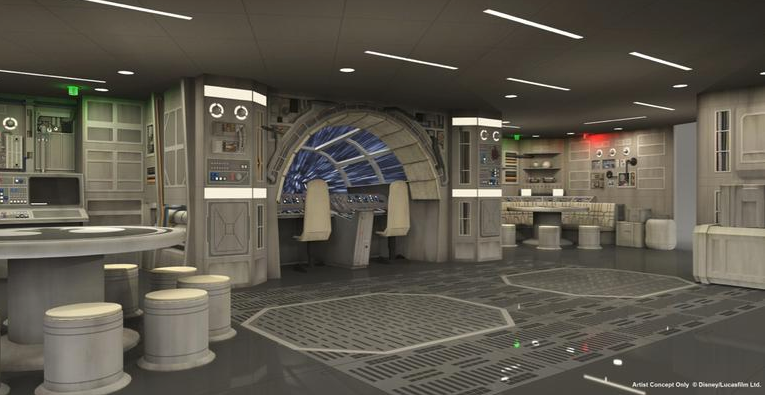