Four new Hiya Toys Aliens and Predator figures are up with the Dog Alien, Alien Warrior, Warrior Predator and Berserker Predator. TMNT Turtles in Time wave 1 and 2 have been restocked. Also, the next batch of MOTU Pop! figures are available. Demitri Maximoff from Darkstalkers is now a 1/12 scale figure by Storm Collectibles. Boba Fett has a new figure in Star Wars: The Vintage Collection. New Transformers Studio Series figures include Devastator, Scourge, Grimlock, Hot Rod and more! Banpresto has tons of new figures for anime fans from shows such as Dragon Ball, Demon Slayer, My Hero Academia, Dr. Stone, One Piece and more. Sub-Zero, Baraka and Raiden have new variants from McFarlane Toys. Dragon’s Lair joins the awesome 1/6 scale arcade machine RepliCade series! 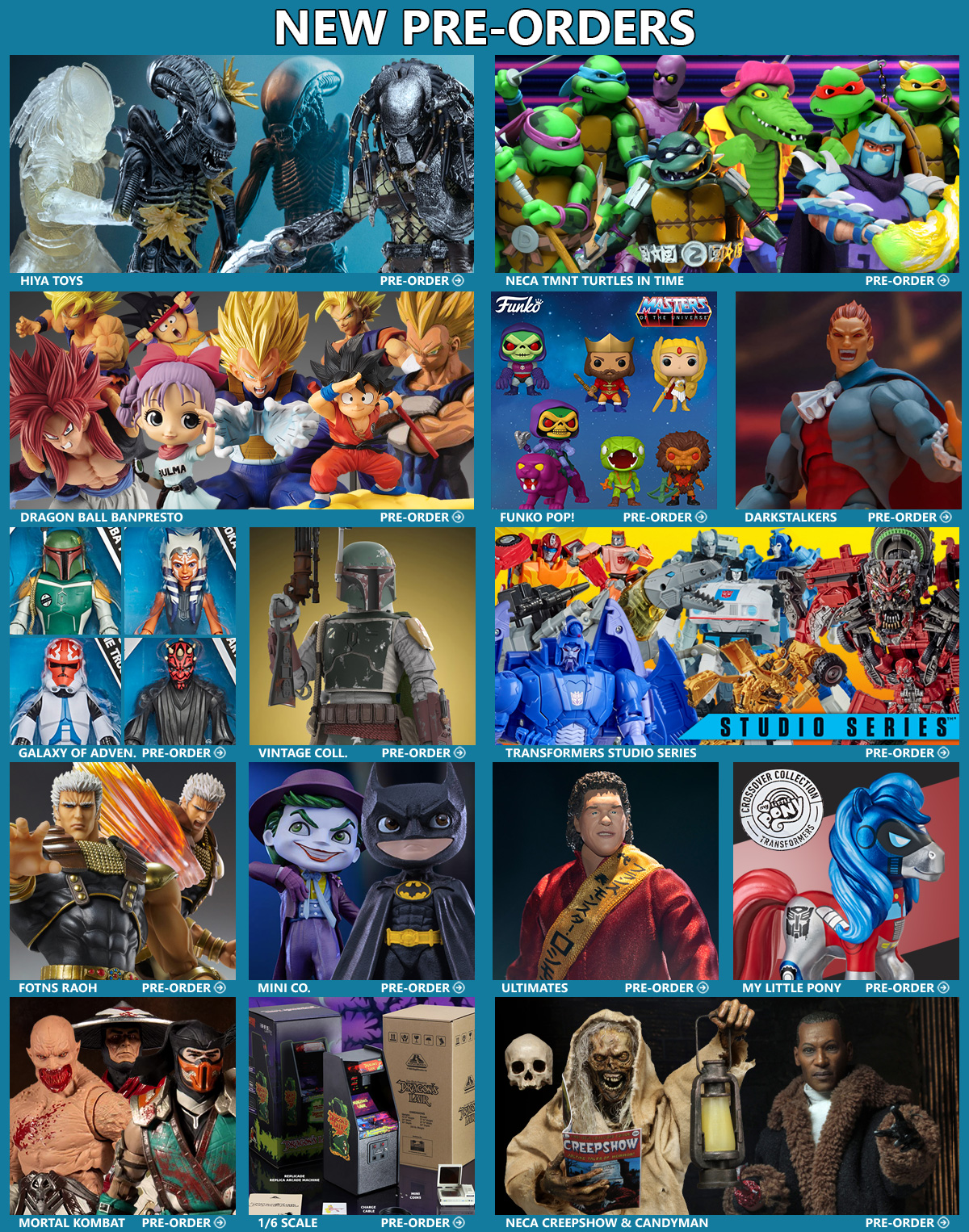 Final Fantasy 7 fans can now grab the polygon figures and statuettes of their favorite characters. The SDCC 2020 exclusive Scorpion 1/12 scale figure is here and features an entirely new body with enhanced joints and articulation in addition to a wide array of accessories! The second wave of The Bouny Collection is here with six mini figures of The Child. Rogue and Pyro are back in stock from the Marvel Legends Series. Fans awaiting NECA’s Back to the Future Ultimate figures can pick up the Back to the Future Toony Classics to hold them over. Commemorate Star Wars: The Empire Strikes Back with The Black Series Boba Fett (Prototype Armor) Premium Electronic Helmet! 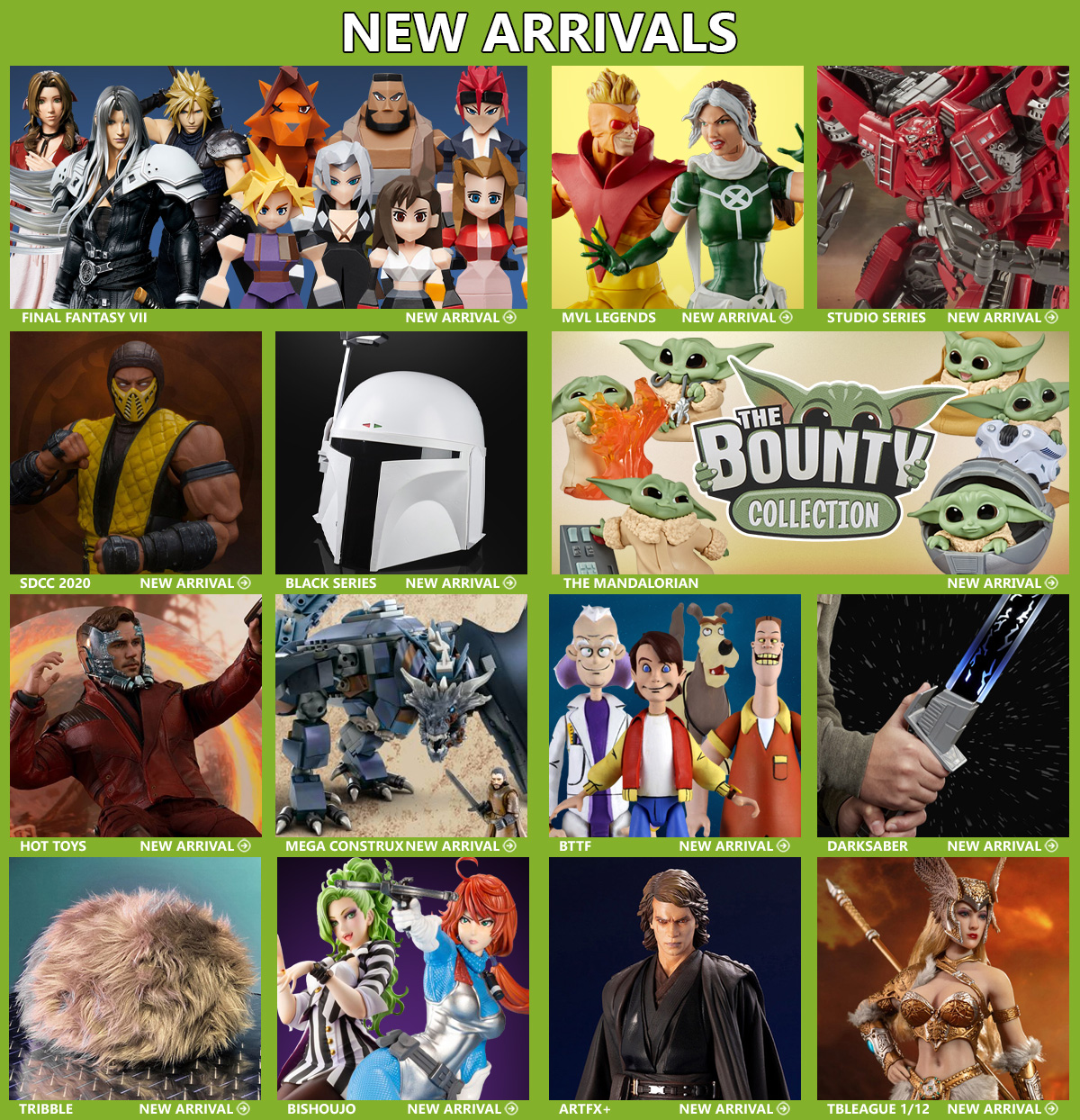