As you can see in the pics that Chewbacca holds him in the net just fine and stands perfectly. Now for the details: Chewbacca is great like the others released with plenty of articulation, so Chewbacca is not really new but is a great figure. This version of C-3PO is good. It looks a little weird with the arms and legs off with wiring showing, but once you put him in the net it looks great. Hasbro did good by giving instructions with this figure. Good idea.

The arms pop in pretty easy, the legs are a little harder to get in but once put together it’s good. He has lots of articulation. The arms are really good and the legs are good but could be better. I really like the paint job on C-3PO, not too much but enough. It’s pretty simple to handle and change around. Overall I love this set, and at $49.99 to me it is worth it.

The black figure stand DOES NOT come with this set. They can be purchased at this link and you can still get Chewbacca and C-3PO (w/ removable limbs) for $49.99 and free shipping at this link. 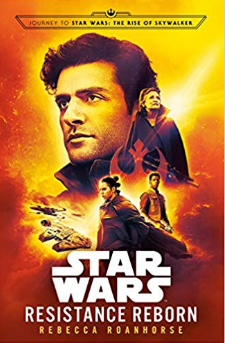 The long-awaited finale to the Skywalker Saga, Episode IX: The Rise Of Skywalker, debuts in less than 2 months. As is tradition, disney is releasing a handful of novels, comics, and other media under the Journey To The Rise Of Skywalker title. Resistance Reborn written by Rebecca Roanhorse is the latest in the series to prepare fans for the upcoming film.

The novel takes place shortly after The Last Jedi and sets the stage for The Rise of Skywalker. As the title suggests, the novel describes the pivot point in which General Leia Organa rises from the devastating defeat on Crate and begins the process of rebuilding to continue resisting The First Order.

Resistance Reborn begins with Leia, Finn, Rose, Poe, and a handful of Crate survivors on the Millenium Falcon searching for a place to rest and regroup. Nearly out of fuel, they decide to take their chances on the hospitality of the Twi’leks on Ryloth. There, they discover that an old ally has created the Ryloth Defence Authority (RDA) operating outside of, but in cooperation with, the official government. The leader of the RDA is Yendor, (featured in Lost Stars, Aftermath, and Bloodline), who invites Leia and her small team to temporarily take refuge with him.

We know from other novels that prior to the events of The Last Jedi, Leia sent several small teams across the galaxy to recruit. Two such teams were Inferno Squad (Shriv and Zay Versio from Battlefront II) and members of Black Squadron (including Temmin “Snap” Wexley originally from Aftermath and Jess and Suralinda from the Poe Dameron comics). Leia recalled the teams to temporarily regroup on Ryloth before sending them out on a daring mission to rescue strategic allies from the First Order, and steal a few ships in the process. With little resources, and with the First Order doing everything possible to hunt them all down, they must defy all odds if the Resistance is going to stand a chance.

This novel exceeded my expectations in some ways, and fell short in a few others. One of my biggest pet peeves with the new trilogy is that it hasn’t really rewarded those of us who consume all Star Wars media. In other words, having read all novels prior to both The Force Awakens and The Last Jedi didn’t provide me with many advantages over those who didn’t. It seems the MO is to make the films appeal to a wider audience and limit the intertwining of “secondary” narratives to the TV series, comics, novels and non-episode films. However, after reading Resistance Reborn, I expect that The Rise Of Skywalker will have to incorporate some of these narratives.

The novel itself was a sequel of sorts to several novels in the canon, including the Aftermath series, Battlefront II: Inferno Squad, and Bloodline. It was very satisfying to have all of these somewhat independent storylines converge at such a pivotal point in the Star Wars Saga. I suspect that several of the characters that were introduced in these stories will play a role in the upcoming film.

One of the ways that the novel fell below my expectations was how abruptly it ended. I felt that the whole novel was building towards a climax that never really came. Some VIPs were rescued, some ships were stolen, but I was hoping for more establishment for the Resistance as a whole. Another shortcoming was the absence of several characters from other narratives, such as Vi Moradi and Archex, or anyone from the Ghost’s crew (Hera Syndulla or her son Jacen Sundulla, Ezra Bridger, Ahsoka Tano, and Sabine Wren).

Regardless of any of the shortcomings, this was an enjoyable read, with many of my favorite characters from the films, novels, and video games. It provides hope for the Resistance and their ability to rebuild (hope that was particularly lacking in the end of The Last Jedi). I consider it a must read for any dedicated Star Wars fan. 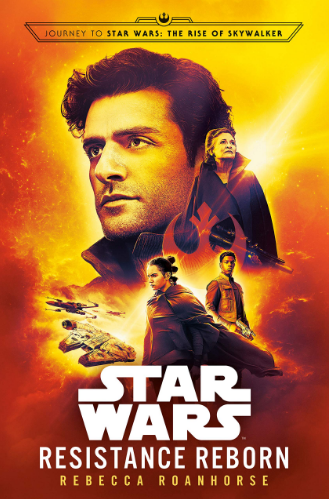