Starting June 16th, Sideshow Collectibles, Empire Magazine, and ThinkGeek are offering Star Wars fans across the galaxy a chance to win the ultimate prize: a 7 foottall Han Solo in Carbonite Life Size Figure! Valued at nearly U.S. $7,000.00, this piece of the Star Wars film legacy captures every detail of the frozen smuggler from one of the most iconic moments in Star Wars Episode V: The Empire Strikes Back – recently ranked by Empire Magazine as the best film of all time!

This exclusive contest will run until August 15th. On August 21st, one lucky winner will become the ‘Solo’ collector that gets to bring home Jabba’s most sought after Carbonite trophy and the runner up will get a cargo hold full of Han awesomeness! So prepare to be the envy of every Star Wars fan on the planet, and may the Force be with you! Enter here! 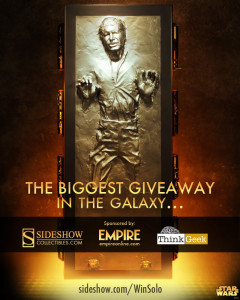 The art team at Sideshow wanted to tell some new stories about some of our favorite Star Wars characters and, with the encouragement of Lucasfilm, created the Mythos line of statues which has proved to be a huge fan favorite!

With the Mythos Darth Maul, Sideshow was paying homage to a story from the Star Wars Tales comic titled “Nameless.” In it, Maul is tasked to track down and assassinate a legendary Jedi with technique so pure he wields only a wooden club. After being once defeated, Maul fabricates his signature dual lightsaber, inspired by Sith schematics and weapons of his native people.

Per Sideshow, “We have envisioned him in a strong, almost meditative martial artist pose. He is dressed in loose garments not unlike that of a Ronin samurai, with one sleeve off and fabric draped to expose tattoos on his upper body. He stands with both arms extended, one clutching his victorious new weapon at his side, and the other out in a Force push.” 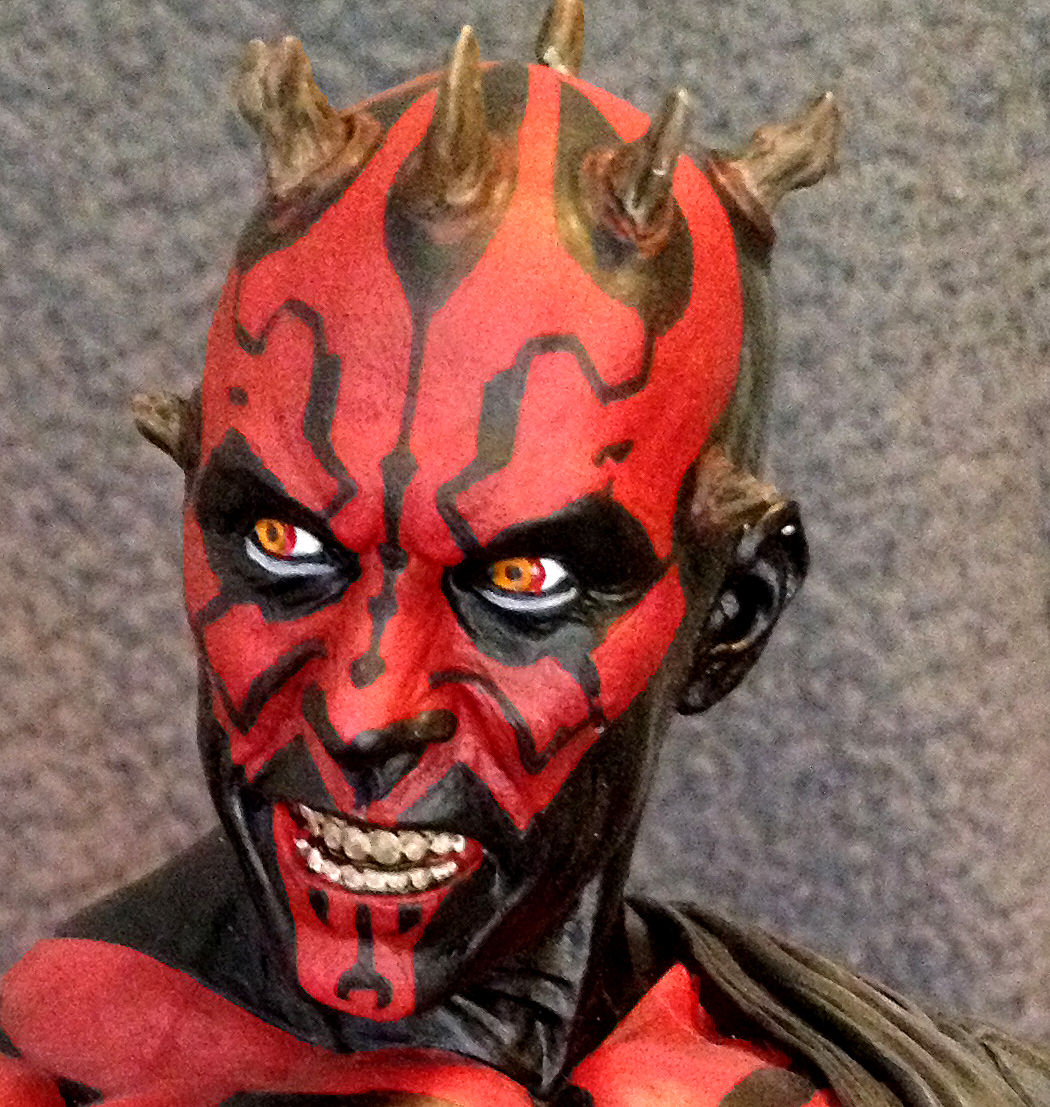