Comic-Con International has been forced to cap attendance at about 130,000 due to the capacity San Diego Convention Center, leading organizers to turn to nearby hotels and Petco Park for additional space. New York Comic Con last year strained the limits of the Javitz Center with 133,000 attendees. However, ReedPOP Global Senior Vice President Lance Fensterman told ICv2.com that by expanding Thursday to a full day this year, organizers were able to sell another day’s worth of tickets.

Click here or below to read the full article.

We always like to post images of the great cosplayers we see at conventions and NYCC gave SDCC a run for its money this year as there was triple the amount of what was there last year. A big thanks to JC from Razor’s Edge Collectibles who was kind enough to shoot just some of the great cosplayers at NYCC the last 3 days. Enjoy almost 200 awesome images below (be sure to check out all 5 pages)

With so much news coming out in the last few days, some of our NYCC coverage is falling off the main page.  We will “sticky” this little guide to the top of the page (and update it as more news and images break) until Sunday night so you don’t miss any of the coverage.  Normal news will continue to be posted below the “sticky” post. Links below:

It was a party, so the lighting, awesome DJ and party lights made it very hard to get a good video (as well as all the camera flashes from other media members) but we still wanted to share the experience of the best party at NYCC, The Hasbro ‘Twas the Night Before Party with our readers. See a quick demo of the REBELS EZRA BRIDGER LIGHTSABER BLASTER from Joe N. at Hasbro.  Joe was awesome to talk to all night and will be a welcome addition to the team!  Also a quick look  at the THE BLACK SERIES 6-Inch and 3.75 inch Action Figures,  REBELS Action Figures and more.  Please note the video is just for fun, to see the all the great figures and items, see our gallery here.

Make sure you spin by and see (and hear) the SMS Star Wars Headphones and take a picture with R2-D2 (you might even win some swag) – And if you haven’t read it yet, click here for our review of the Boba Fett headphones.

A quick look at the Kurt S. Adler booth

Check out the Koto booth at NYCC, some of the newer items on display were the sandwich and egg shapers coming out in 2015! 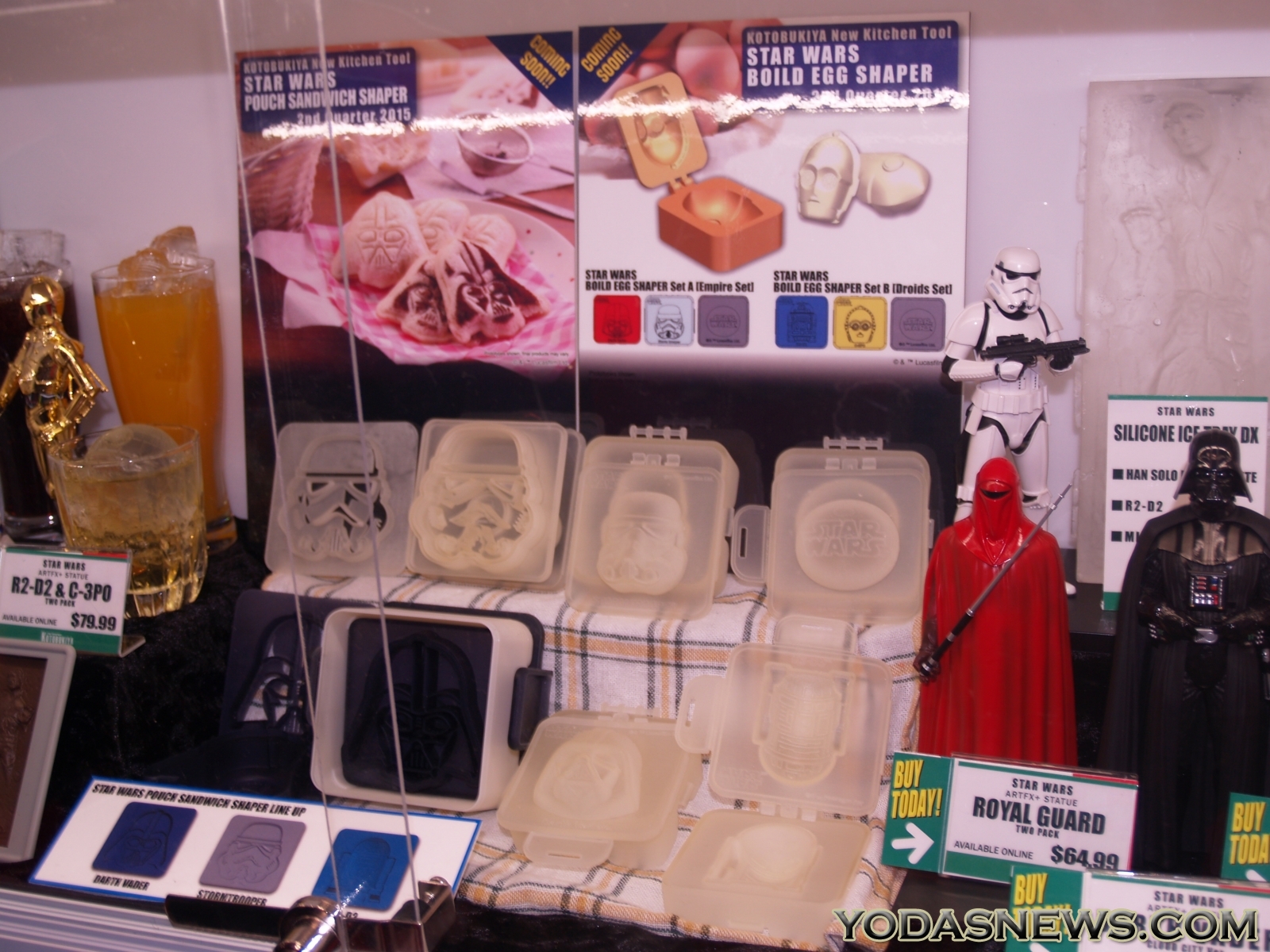 Check out the Hallmark booth image gallery below:

As usual, Hasbro put on a great party.  We will post a full breakdown this weekend of all the great news but check out a quick gallery of all the Star Wars items on display last night!