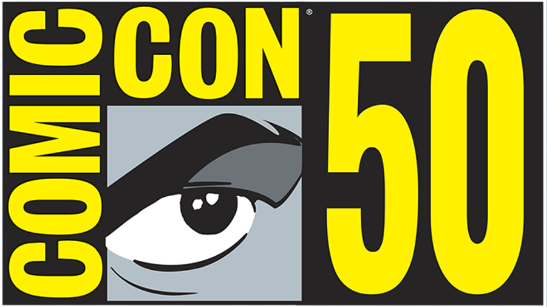 On Saturday, we we will kick off our 2019 coverage of New York Toy Fair with images and news from the LEGO Event at 7am EST! Followed by the Hasbro Collector’s Event at 1:30pm EST.  We will be meeting with Kotobukiya, Tamashii Nations, Mattel, McFarlane, Diamond,  Funko, Wicked Cool Toys and a few surprise companies with Brand New Star Wars items debuting at the show,  and many others on our 4 day trip! This will be our 14th consecutive year covering the event!

We want to make sure we ask them what YOU want to know! Submit any questions you would like us to ask and we will do our best to get you an answer. Email them to Yodasnews AT gmail.com! The first images will be posted via our social accounts so be sure to follow us there, with high res images and videos later in the day!

We just got back home after 4 awesome days at Toy Fair, we still have a few more galleries to post, but we realized that the posts go back 2-3 pages, so here is a link to every article, video or gallery we posted from New York Toy Fair.  As always, it was a blast and we appreciate all the love and support form everyone on social media over the last few days! It was great to meet up and connect with our friends Justin and James from JediNews.co.uk,  Arnie and Marjorie from Star Wars Action News,  Travis from Popvinyls.com, Mike from Razor’s Edge Collectibles and everyone else we saw and had chats with!  We also will be kicking off at least 1 new giveaway per day, for rest of the month so stay tuned, we have some really awesome items still to come!

NYTF 18: Images from Funko and LOUNGEFLY 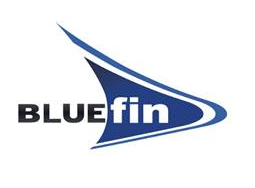 Bluefin will exhibit an impressive array of Star Wars products from leading collectibles brands such as Bandai Hobby, Tamashii Nations, and Beast Kingdom. Previews of several exclusive upcoming releases will be shown to attendees throughout the convention and a unique collection of products will be available for purchase. Bluefin will be located in Booth 3110.

Star Wars Celebration attendees will be treated to a pair of realistic displays by Bandai Hobby in the Bluefin booth that recreate the iconic Death Star Trench scene from Star Wars Episode IV: A New Hope in an impressive 5-foot long diorama, as well as a nearly 5-foot long model of an Imperial Star Destroyer.

Attendees are invited to participate in a Bandai Hobby raffle daily in the booth for a chance to win a free Star Wars model kit as well as surveys that will help shape future releases.

Manufactured in Japan by Bandai Hobby, the Star Wars Plastic Model line are available in 1/48, 1/72 and 1/144 scale and feature notable vehicles from the classic Star Wars films as well as from Star Wars: The Force Awakens and Rogue One: A Star Wars Story.

Bluefin will showcase the impressive upcoming release of Tamashii Nations’s Chogokin x 12”PM R2-D2. Depicted as it appeared in Star Wars: Episode VI: A New Hope this screen accurate diecast figure of the famed astromech droid is the second Star Wars character to join the Chogokin product line alongside the earlier C-3PO release.

A dream collaboration between Star Wars and Chogokin, the hatches open to reveal manipulator arms, it can transform between bi-pedal and tri-pedal modes, and eight LEDs illuminate to capture R2-D2’s trademark expressions. The plastic and diecast figure also includes a cover for use when in bipedal mode, a stand, and a droid control bolt. R2-D2 stands approximately 7 inches tall and weighs over 2 lbs.

The Chogokin x 12”PM R2-D2 will be released in August 2017; Pre-orders will be available during the convention. News on additional Tamashii Nations Chogokin Star Wars releases will be announced during Star Wars Celebration 2017.

Be among the first to catch an exclusive reveal of the newest figures to join Tamashii Nation’s Meisho Movie Realization Star Wars line – Darth Maul, Jango Fett and the Imperial Shadow Trooper! These figures are scheduled for release in North America later this year.

Tamashii Nation’s Meisho Movie Realization Star Wars line pays homage to the Samurai aesthetic in a fun new way and artfully reimagines key Empire characters from the iconic films with feudal-style Japanese armor and weaponry. Each figure is exquisitely constructed with hybrid materials and features up to 15 points of articulation to create endless posing possibilities.

A variety of currently released Meisho Movie Realization Star Wars figures will be available for purchase during Star Wars Celebration 2017.

In addition, on Friday, April 14th Lucasfilm’s Brian Merten joins Bandai Hobby and Tamashii Nations will tease and reveal new announcements on upcoming products not on display in the booth as part of the Star Wars Collectibles Update. An art gallery featuring both Bandai Hobby and Tamashii Nations Star Wars product in eye-catching dynamic scenes will be on display also within the booth.

Browse a comprehensive stock of Egg Attack Star Wars releases, including statues and poseable action figures, available for purchase throughout the convention including: